The appointment of Mark Biddle as Bargara Football Club’s new senior coach will continue the club’s focus on player development to achieve success in the senior divisions of Football Wide Bay.

Bargara Football Club is proud of its strong depth of junior talent. Under Mark’s leadership, the club aims to create a pathway for youth footballers to continue to play for Bargara at senior levels of regional football.

According to Mark, a key strategy for achieving sustained success of the club is to develop our youth players and prepare their integration into our senior teams.

Importantly, Mark aims to facilitate a culture of mentorship and support in our senior teams. “We have many experienced players in our senior teams that are happy to share their knowledge and wisdom with our youth players,” he said. “This off-field comradery will promote chemistry and success on the field.”

Bargara Football Club’s President, David Campbell, believes Mark’s coaching philosophy is an excellent fit with the broader values and goals of the club. “We are excited to have Mark at the helm of our senior teams to continue to innovate and promote our young men and women into senior ranks to drive success at our club”, he said.

Mark’s dedication and passion for football began as an Under 6 player in the Wide Bay region. He has played football at a representative level and rose through the ranks, cracking Premier League 1st Division in Brisbane. Mark will pull on the boots again in 2023, as a centre midfielder and striker.

Mark’s journey as a player has coincided with numerous coaching roles. His first coaching position came as a 13-year-old when he and his teammates were coaches for the Under 6 and Under 7 teams at his local club. Mark has continued to coach junior teams since high school, with a particular focus on coaching youth players, readying them for moving up to the senior teams. One highlight was serving as a Wide Bay Youth Football coach.

“I believe my willingness to take on coaching as a junior player had incredible benefits for my own game, but also helped me understand the value of mentoring in building a positive culture in a club,” Mark said. For this reason, Mark has long encouraged his own players to give back to their club by getting involved in coaching or by providing support and advice to younger players.

“Coaching is incredibly fulfilling, and I get such a kick out of seeing players of all ages and levels grow and achieve within football,” he said. “I especially love seeing junior players develop as young adults, taking what they learn on the football field to other areas of their personal and professional life.”

This passion for helping others achieve their goals for physical activity and sport has carried over into his professional life. Mark has over 2 decades’ experience in the physical activity and fitness industry and holds a degree in Human Movement Studies (Honours) from The University of Queensland. He currently runs his own exercise physiology business in Bargara, where he lives with his wife and 3 children.

Mark describes a number of career highlights in the sporting arena, including working as a strength and conditioning coach for the Under 16 and Under 19 Queensland netball teams within the Queensland Academy of Sport. While living in Auckland, he worked as an exercise scientist with the New Zealand Breakers National Basketball League (NBL) in the year they won their first NBL premiership, and as an exercise scientist and sports trainer for the National Rugby League referees for Auckland games.

Mark’s depth of experience in coaching and training across a range of sports has been supported by an ongoing commitment to improve his skills and knowledge. He is currently completing a C-License Diploma in Football Coaching. The course has challenged his philosophies around coaching strategies, which he plans to incorporate into his existing knowledge to benefit our senior teams.

Mark’s work in the senior teams will build on the club’s recent player development innovations, including the Aspire Development Program and the appointment of Junior Director of Coaching, Madelyn McCracken. “We have an exciting year ahead for Bargara Football Club in 2023, which the committee believes will provide a solid foundation to build the longer-term success of the club,” President David Campbell said.

Senior Men training commences Thursday, January 5th, 2023. Training is open to all new and returning players. All players from under 15 and up are invited and encouraged to attend before their training commences later in the year. For any questions, contact Mark Biddle - 0409 548 225. 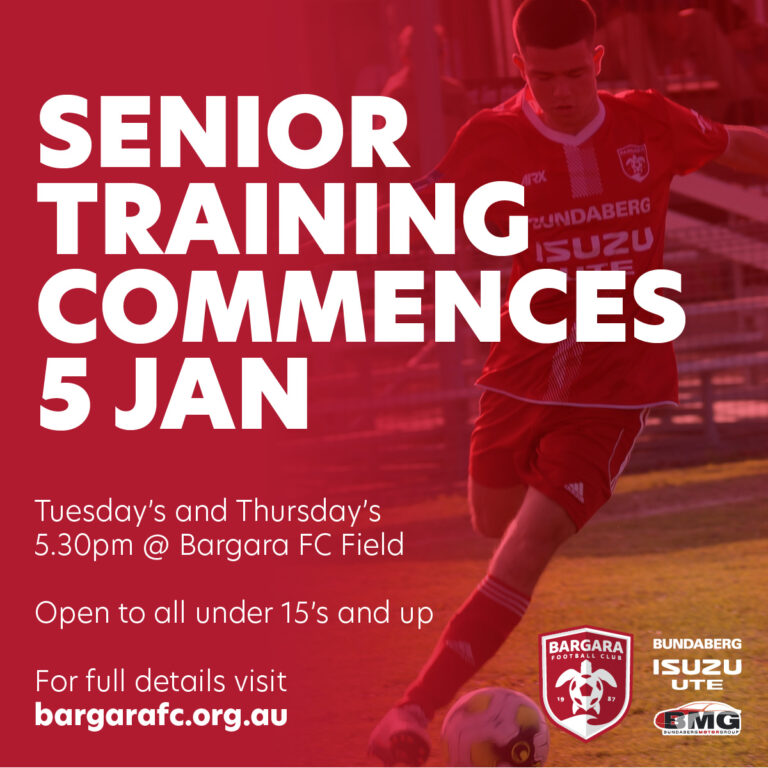 The All-New Isuzu MU-X is EXTRAORDINARY

The All-New Isuzu MU-X has been released, and the team at Bundaberg Isuzu Ute are excited to show it off! Ready to impress with exquisite styling inside and out! Exceptional 3.5 tonne braked towing capacity across all models provides serious pulling power for your next big adventure. Enhanced off-road features, including 4x4 Terrain Command and… 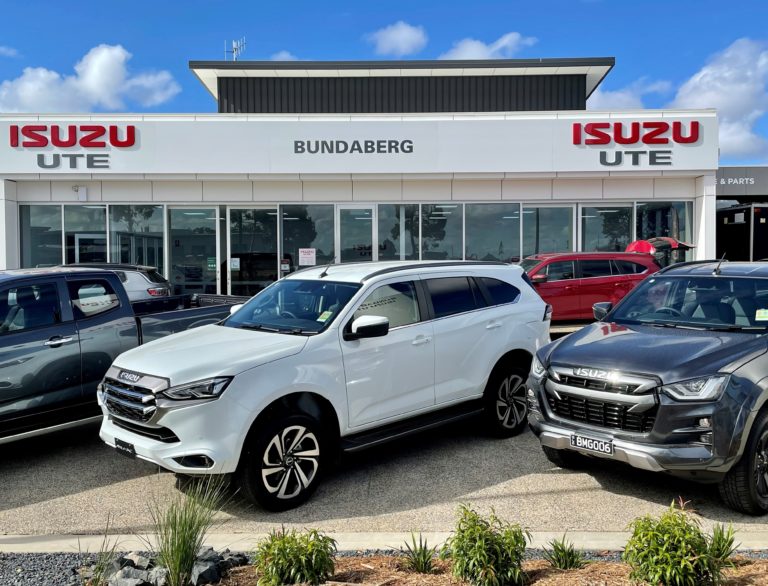